Running, Jogging, and Walking for My Life in the South African Bush

Running, Jogging, and Walking for My Life in the South African Bush

“Just keep hanging a left and you’ll end up right back in Caravilla,” Wayne said, showing me a route through the game reserve as he whipped through the South African bush in his little truck. “Just be back before dusk,” he added with a smirk, “that’s when Leopard comes out.”

Wayne’s comment didn’t scare me. It was a warning. I knew that if I adhered to his advice, I’d be totally fine.

So just a day later, I went for it. Leaving behind my phone and my watch because, of course, I just wanted to be alone with nature. I didn’t want to be confined by this artificial idea we call “time” or the completely overrated ability to call people.

So there I was, staring off over the dirt road that leads away from Caravilla, the housing area I live in on the edge of the Wits Rural Facility.

As I began running, I couldn’t help but adopt a slightly exaggerated smile, trying to embrace how surreal the moment was for me.

There was a herd of impala on my left, a blue-tinted silhouette of the Drakensbergs ready to engulf the sun on my right, and a continuous rustling in the bush all around me. The view of the Drakensberg escarpment from the lovely lookout patio I love to drink my rooibos on.

At this point, I was just five days into my gap year, and I was still trying to get a feel for some of subtle differences here. About 95% of the roads don’t go where you’d expect them to; the largest animals around are not waiting for me at home; the sun sets (in my now biased opinion) much faster, etc. etc.

But since I stepped into the airport in Charlotte, I’ve been telling myself over and over, If you’re going to make it through this gap year: Confidence is key.

So I approached each of these less certain aspects of my new life with my head high, and my muscles a bit tense as I warded off any hesitation that I felt setting in.

In this case, all I had to do was keep running, and try not to crumple to the ground in fear when a deceitful bird made an abrupt noise next to me leaving me absolutely certain it was a something that could kill me.

And I was doing just fine. That only happened like five times. But then there it was… starring straight at me, ready to turn my life upside down: The first left turn.

It took a lot out of me, taking this first turn, but I did it. One down… Not sure how many to go, but Wayne said if I keep hanging a left then I’ll make it back, so the number was irrelevant.
Now the sun was in front of me, quickly approaching the horizon, briefly distracting me from my remaining uncertainty with its heavenly beauty.

But it didn’t last for long, because as soon as the bottom of the sun touched the top of the mountains, I remembered what Wayne had said: Just be back before dusk… that’s when Leopard comes out.

There was something about the way he used “Leopard” as a proper noun that made it all that more intimidating.

I was running along the creek bed (Leopard’s habitat of choice), my heart beat getting noticeably more rapid, so ready to see my next left turn that I did something quite unusual: I started running faster.

After what felt like an hour that was probably five or ten seconds, there it was, the second left turn — ready to turn my life upside down.

Two down, still no idea how many to go.

The next one came up a bit sooner. My gut told me to go right, but my boss told me to hang a left. So I hung a left.

The sun was behind me, which felt right.

Then the road curved. Then it curved again. It was pretty much just curving back and forth, completely disorienting me, until I was headed back towards the sun, and although it’s brilliant pink remnants still lingered in the clouds, it was long gone.

I’d been running for a good thirty or forty minutes at this point, with the dreaded intersection a good ways behind me, and no left turn, no home, in sight. I gave up running a few years ago, and adrenaline only lasts for so long, so I started to slow down a bit.

Then I found a fence, praise be to that fence. Caravilla was right next to a fence, so as long as I turned the right way, I’d make it there eventually, and I was quite certain that I knew the right way, which was definitely a right. So clearly I’d either chosen the wrong left or taken Wayne’s advice a bit too literally.

Another few hours (aka at most 10 minutes) — a zebra, giraffe, and kudu sighting later, I saw the most magical water tank I’d ever seen. Some giraffe Wayne and I saw.

This was not just any water tank, mind you. This was the water tank that wakes me up at night when it starts doing whatever water tanks do at night. I was home.

Walking up to Cocolwani (my humble abode), as the complete darkness began to set in, was one of greatest feelings of relief I’d ever felt. 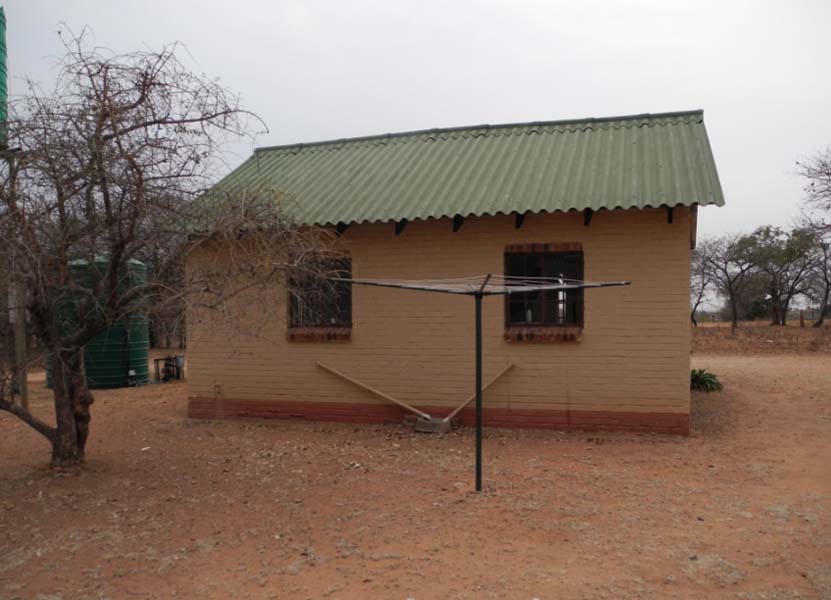 I picked up my little Nokia phone, looked at the highly advanced clock on the main screen. Long story short, my little misadventure turned my 20 minute run into a 1 hour and 15 minute bid for my life. Well… at least that’s what it felt like.

This blog is being published almost three weeks after the events it is based upon. I have since gotten lost four times, totaling in over two hours of detours. Still not so sure I know where I’m going, but the only times I’ve seen zebra or kudu have been during those detours, so #worthit. My friends checking to see if I’m home and if I have any bananas. My friend getting quite assertive after seeing that I have bananas. My friend being uncharacteristically shy when we first met. The same giraffe, this time hangin’ in Caravilla.