China is a nation of extremes. It is an incredible example of a nation developing while retaining its rich cultural and historical identity. Mile-high glass skyscrapers tower over traditional, stone, single story housing complexes. I witnessed firsthand the two different, equally endearing sides of China’s development during my week-long tour to Shanghai, Wu Zhen, and Hang Zhou.

Shanghai’s modernity is unparalleled in China. Skyscrapers fill Shanghai’s skyline unceasingly. Car, buses, and trollies pack the streets. Busy people bustle on the streets, occupy the shops, and fill the restaurants. Ads for beauty products, cars, and beer control every available spot in the city, posted on buildings, buses, and humorously even on napkins. Shanghai’s immense population and pace of life remind me of New York City on steroids. However, under the skyscrapers that sparkle like jewels in the sun are the ubiquitous, Mao-era, three-story housing complexes. With diminutive and bland features, these buildings stand in stark contrast with Shanghai’s drive for modernity and wealth, emphasizing the presence of two worlds in China: the old and the new.

Wu Zhen stands firmly in China’s old world. Wu Zhen is a tourist attraction town. After paying an entrance fee, one enters a town which still retains its antiquated beauty. Stone pathways cut between a maze of wooden buildings. Beautiful marble bridges span the languid river Wu Zhen was built on. The pace of life is calm and relaxed, enhancing the charm of the simple wooden structures. Wu Zhen hosts several historical and cultural exhibits, such as a colonial-era indigo shop and a library with ancient scrolls. However, the tourism industry was a stifling presence. Every corner had a booth selling jewelry, calligraphy sets, and shirts. In this regard, Wu Zhen is similar to Shanghai: money is the motive. Despite this, the tranquil atmosphere that envelops Wu Zhen is the perfect respite after the din of Shanghai. 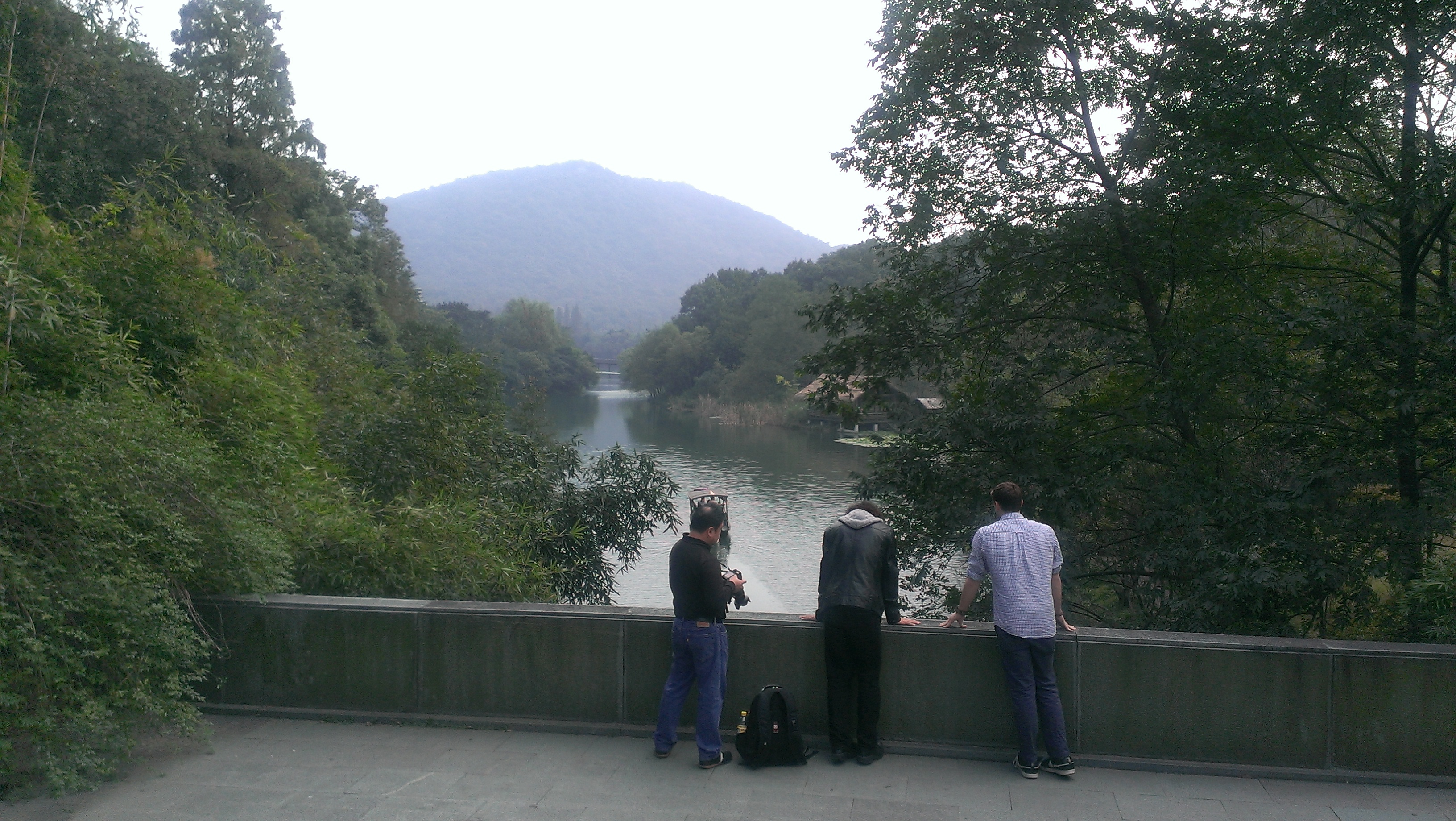 Hang Zhou is a clash of both modern and ancient. Hang Zhou is famous for the “West Lake.” Originally a park for the wealthy elite, the “West Lake” is now an immensely popular park for leisurely strolls, competitive games of badminton, and wedding photos. The hills surrounding the lake are topped with strikingly beautiful pagodas. Visible just behind the pagodas are the skyscrapers and apartment complexes that mark the beginning of new China. The markets in Hang Zhou are diverse and exotic. While there, I browsed through Mao-era propaganda posters, dared friends to eat mystery-meat kebabs, and watched shadow-puppet plays. I believe Hang Zhou is a perfect example of the new and old worlds of China mixing harmoniously.

I tremendously enjoyed my travels to the south of China, and I hope to explore other regions, such as the western section of China, which is home to some of the most famous mosques in the world and more Muslims than Saudi Arabia. In a nation as large and diverse as China no two areas are the same, and I look forward to experiencing each one.