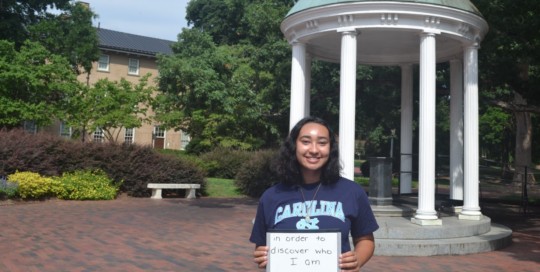 Adamaris Delgado is from Charlotte, North Carolina and recently graduated from Mallard Creek High School. She is an aspiring nurse who is focused on sustainability. Adamaris has various hobbies: photography, watching movies, going out with friends, running, and going to the beach. While in high school she was involved in National Spanish Honor Society and HOSA. Adamaris obtained leadership positions while in high school such as President of the National Spanish Honor Society and Captain for her Varsity Volleyball team.

Adamaris is a recipient of many scholarships and awards some which include: UNC Wood Family Scholarship, SECU “People Helping People”, and has assured enrollment into the Environmental Science Program at UNC. While on her gap year, Adamaris hopes to volunteer in Hawaii, Puerto Rico, and California. 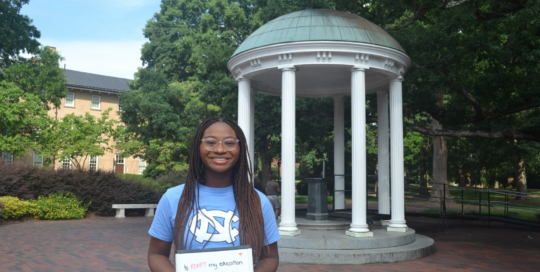 As a Barb Schimdt Fellow, Amanda developed a passion for art and activism and plans on completing a mural in a low-income neighborhood in Palm Beach County with members in her cohort. In her spare time, she enjoys writing for her blog Audirius, volunteering, watching movies, and writing her original screenplay.

During her gap year, Amanda is interested in Education […] 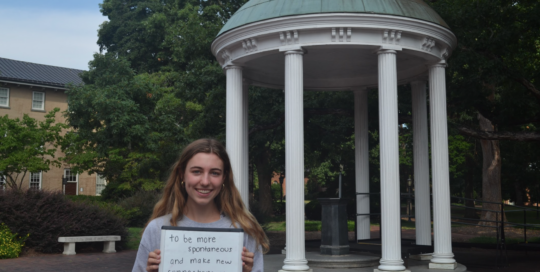 Grace Herman is from Chapel Hill, NC and attended Carrboro High School. During high school, she gained leadership positions such as Class Council President and Captain of the Lacrosse team. Grace has various hobbies, including theater, volunteering, field hockey, track, and lacrosse.

While on her gap year Grace hopes to volunteer in Puerto Rico, where she is hoping to gain experience with sustainability, disability rights and Spanish immersion. 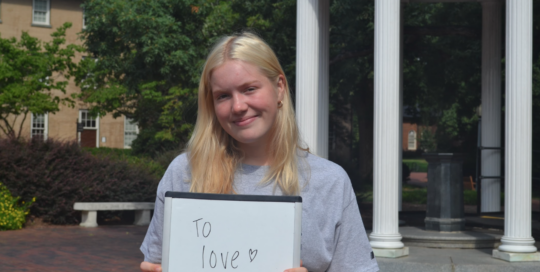 Grace is from Chapel Hill, NC, and attended Carrboro High School. She gained leadership positions such as President of the Amnesty International chapter at CHS, captain of the swim team, and was a student intern for Nida Allam’s campaign for North Carolina’s 6th congressional district. Graduating from Carrboro, she was valedictorian and received the Global Diplomat award from the Academy of International Studies. Grace enjoys swimming, hiking, and being around animals.

On her gap year, Grace intends to volunteer at Casa Alitas in Tucson, Arizona. Alitas is a humanitarian aid program that offers shelter and assistance to migrants who have recently arrived in the United States. Later in her gap year, Grace is interested in exploring volunteer opportunities in Peru or in the Darién gap in Latin America. 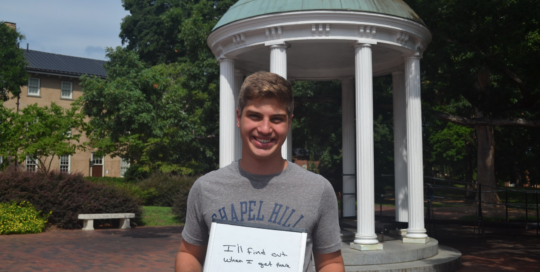 Isaac Holmes is from Spruce Pine, NC and attended Mitchell High School. He gained leadership positions such as Senior Class President, Captain of Varsity Soccer Team, and Vice President of Book Club. Issac graduated with awards such as AP Scholar with Honors and a Four-Year Academic Letter Scholar. He has an interest in photography, hiking, soccer, and creating writing.

While on his gap year Isaac hopes to volunteer at Acadia National Park in the Schoodic Education Adventure Program. 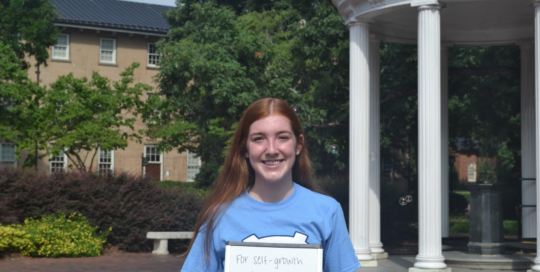 Lela French is from Asheville, NC and attended TC Roberson High School. At TC,  she was Student Body Secretary, National Honor Society Executive Council, and Captain of both her Cross Country and Soccer team. Lela volunteered at Mission Hospital and is on the MAHEC Team HEald Careers Club. She is a recipient of various scholarships such as the Harry R. Morrill Scholarship, Rams Club Scholarship, and Rosa Lee Baldwin Scholarship.

Lela is passionate about health policy and conservation work. She hopes to volunteer in DC, Sacramento and Puerto Rico. 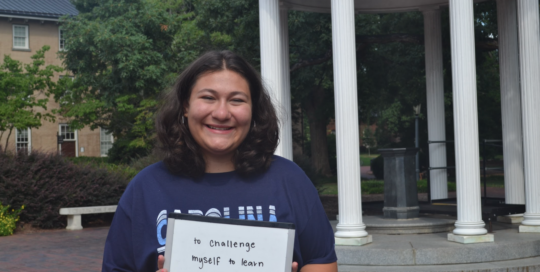 Lucy Miller, of Boone, NC, is a high school graduate of Watauga High School. During high school, Lucy was involved in many extracurriculars. She was the President of her school’s Model UN, while playing an active role in politics and activism. She was awarded her local Bar Association Scholarship as well as an award through her history department.

On her gap year, Lucy hopes to volunteer with the ACLU in San Francisco. Maggie McNinch is a 2022 graduate of First Flight High School on the Outer Banks of North Carolina. While at First Flight, Maggie excelled in academics, athletics and other extracurricular activities. Included among her honors are graduating as Co-Salutatorian of the FFHS Class of 2022, being named the 2022 Northeastern Coastal Conference Women’s Soccer Player of the Year, and serving as Vice President of the National Honor Society. While these recognitions mean a lot to Maggie, she is most proud of the Citizenship Award she received in Mrs. Davis’s 5th Grade class at Kitty Hawk Elementary School.

Her passion for writing found a home on the FFHS Nighthawk News staff where she discovered her calling for a career in journalism. She served as Co-Editor-in-Chief her senior year and was named a 2022 NC High School Journalist of the Year Alternate by the NC Scholastic Media Association. She will continue to […]