I keep telling myself that I’ll probably do a better job if I do this later. No, probably I won’t.

I’ve been thinking a lot this week about that Sylvia Plath piece about figs. Not only do I have a seasonal infatuation with the fruit (one more reason to miss NC) but I’ve also been relating to Plath’s position in this essay- sitting in a crotch. Omg guys, not like that- you wish ;).

In “The Bell Jar” Plath describes sitting in the crotch of a fig tree, brimming with ripe fruit, suspended by her inability to select the Best Fig from all of the syrupy bulbs hanging around her. You might think, “C’mon Sylvia, people are hungry, just pick a fig already! They’re all good!” but Sylvia can’t hear you. Not only because she’s late and much lamented (RIP), but because enjoying the figs isn’t Plath’s hold-up at all. Sylvia loves figs. I bet she’d love North Carolina. Like me, Sylvia is suspended by time. She wants every fig on the branch and the branch next to it. She wants every fig on the tree. She wants to fill her stomach until she’s tight with figgy pulp, but she’s afraid that the half- 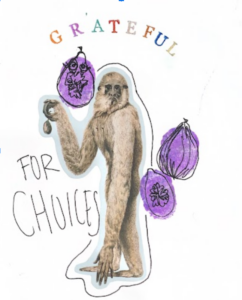 lives and half-half-lives of the sugar-eating bacteria in her gut won’t be long enough for all of it and she’ll be left sticky and undigested. Or else she’ll make her choice and get marvelously drunk on the sweet liqueur of one perfectly purpled fruit but will spend the rest of her life grieving all those she left hanging, wondering if their flavor would have suited her more. I spend a lot of time considering figs.

I consider what my Future might look like and I see hundreds of variations of myself, each having ingested a different fig. One turns me into a famous writer while another sends me to a restaurant in California, the one I own of course. A particularly sweet bite and I’m a mother on a homestead in a village in Portugal or maybe Italy. I live in a city. I live off the land. I have a horse named Milo. My brother’s kids spend summers with me. I married a tennis star. I’m getting my PhD. I’m camped outside of a pipeline. I never got over my ex. I make art and sell it. I make art but never sell it. There are so many ways my life could look.

Plath’s figs wrinkled and fell. She took too long to decide because she thought eating one meant losing the rest. She made her present small and hungry because she was afraid of erasing herself from some hypothetical Future. And in some ways she’s right. You can’t really be in two places or times at once and sometimes you have to climb up and snap a few branches to reach a certain cluster. I can’t go to classes today. I’m not going to graduate next year. I won’t meet my roommate’s parents in October and I won’t drive to Boone in November. Those figs have fallen. But hey, if they didn’t, I’d be worried they were pumped full of preservatives.GMO ambitions and insecticide soul-mates. Figs falling just means that the tree is growing and alive. You are unparalyzed and life is about to give you a billion new choices to make. Your belly is full and so you are growing and alive too. Should I go into winemaking? Should I go into publishing? Should I have El Farolito for dinner? Should I take a weekend trip to Mount Tamalpais or should I go to a concert with Josie? Do I 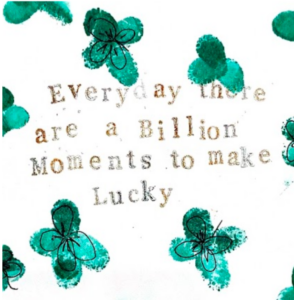 want to live in the US in my 20s? City or country? I love fields! Does that help? All of these figs are purple and ripe and dripping with milky sap and I am lucky to feel freed by their stickiness rather than wishing to wash my hands of it, though that happens too some days (listing them out here isn’t helping).

If I wrote this later it would be different. I’m going to have new thoughts after I post this that I’ll wish I’d added. Maybe I will sleep well tonight and my mind will be clearer tomorrow. But I can write today and I want to write today and so this is fig I’m eating. I’m grateful for choices and lucky to make them too.