It seems like it was only yesterday that I was WWOOFing in Asheville. However, it was the month of September that I set off to WWOOF at a beautiful, secluded farm close to the vibrant city. WWOOF, or the World Wide Opportunities on Organic Farming organization, allowed a closer look into what living a more sustainable lifestyle can look like by living/working on designated farms with arranged hosts. It was about a 4 and a half-hour drive, and I stayed the entire month of September. I remember feeling extremely nervous and scared to be so far away in a new environment, but it was an exciting nervousness and an exciting scared. And eventually that all faded into loving my first placement.

I lived in a refurbished barn that had all the essentials. A small kitchen with provided appliances, a queen-size bed, a portable potty, and a mini living area as well. A typical workday (Monday-Wednesday) was waking up around 8 am to get ready. I provided myself breakfast and both lunch and dinner were covered by my amazing host. Around 9 am the morning would begin with a meeting that focused on the tasks for the day. My favorite part of the meeting was what she called a “check-in.” We would go around and say how we were feeling emotionally, physically, and spiritually. As for some of the projects I did, I painted/sanded chairs, swings, cabinets (she had a bunch of thrifted furniture that she liked to fix up), I also pruned a lot of bushes, pulled a lot of weeds in her garden and around her yard, harvested sunflower seeds, harvested vegetables, and herbs, and with those herbs, we dried them, de-steamed them, and packed them in jars. I even hand-built a chicken coop which I was really, really proud of.

Overall, it was such a great experience and I did so many new things every day and still had time to go hiking, try new food, and explore Asheville. On top of that, I got a deeper look into organic farming and sustainability.

As for my second placement, I was back in my hometown working virtually with TUGI, or The Urban Garden Initiative. TUGI’s mission was to inspire and empower youth to achieve urban sustainability (living /practicing a lifestyle that doesn’t deplete the earth’s natural resources). It’s no lie that urban areas are centers for energy consumption and a key source of greenhouse gasses, and as someone who lives in an urban area, I thought it was important for me to recognize the effects of my environment and what actions I can take. As for what I did, I created weekly blog posts surrounding a variety of topics; anything about the environment and anything that can be tied to their mission, I ran many social media accounts, and I created/wrote newsletters to be sent out to other organizations and high schools to spread awareness.
Overall, I really enjoyed working with TUGI. Not only was I helping spread their mission, but I learned so much myself as well. Both about the environment, since I had to keep up to date with current events, and my personal interests. Alongside, I met some really great and passionate people along the way that only further inspired me. 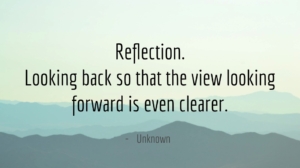 Throughout both my placements I met some highly impactful people, learned a lot about the world, and learned a lot about myself. The most impactful person I encountered through my placements thus far was a fellow WWOOFer in Asheville. I went into my WWOOF experience not knowing anyone else was going to be there, but I was pleasantly surprised to have the presence of someone else while I worked. The other WWOOFer was one of the nicest people I have ever met. I’m not sure if just having someone there during that transition that made him so memorable or if it was him as a person. Maybe both. Nonetheless, we worked together and ate meals together every day, and it was something I ended up looking forward to each day.

As for what I learned about myself, I learned that my future truly belongs somewhere outdoors. Even though wwoofing was tiring, being outside kept my attitude positive and made me really love the work I did. I really can’t imagine myself working all hours indoors or a desk job. TUGI also enforced my passion for the outdoors/the environment. Alongside my passion for writing. I’ve always had passions for writing and the outdoors, but I didn’t really know the extent of either until recently. And I think that’s one of the beauties of my gap year; finding new passions and also diving deeper into current ones.

Moving forward into the new year, I have decided to keep it lowkey and close to home for now. Since my time with TUGI was virtual, I have been yearning for an in-person placement. Fortunately, I found a local animal organization about 35 minutes away that was taking in-person volunteers. My training starts in February and I’m so excited to start my third placement. Mainly because I will be working with animals which is something I have been really wanting to do during this time. Some other things I’m going to be focusing on in the new year are more language practice, more self-care practices, traveling throughout the country, and eventually maybe even some travels abroad.

For now, I am greatly looking forward to the near year but also practicing living in the present- time is so precious- as well as reflecting on my past.

By raegeo|February 2nd, 2021|Gappers in the Field|