Bad to the Bean: Coffee Farming in Puerto Rico

Bad to the Bean: Coffee Farming in Puerto Rico

Then, I started drinking socially.

It started with frappés with friends, progressed to iced coffee in the morning, and ended in total addiction. I had a cup with nearly every meal and desperately needed it to ward of the constantly looming headaches and irritability. Over the course of two years, my coffee habits went from casual to out of control.

Three days before I left for my gap year, I decided it was time for a change. I quit my four cup a day coffee addiction cold turkey. It was pure hell.

I couldn’t drive, couldn’t focus, and couldn’t think. I was irritable and slowly began to forget what joy felt like. Four days later, I was cured! No more headaches, no more anger, no more depression, and no more coffee!

Coffee is a major part of the farm where I work. They sell it online and use it for themselves. Taking a step back and learning about something that has taken up so much time and money in my life has been an edifying experience and has allowed me to intentionally think about the pros and cons of having coffee in my life. 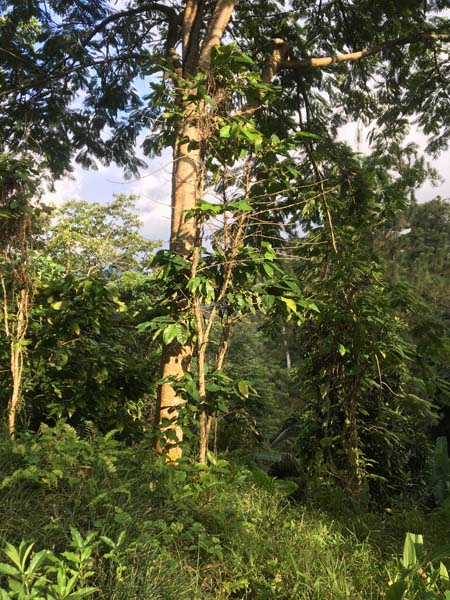 In Puerto Rico, the coffee ripens once a year between September and October. When working with organic, noncommercial coffee, the harvest begins with hand picking the beans.

To pick beans, you gear up with a basket, sickle, and burlap sack to carry your loot. 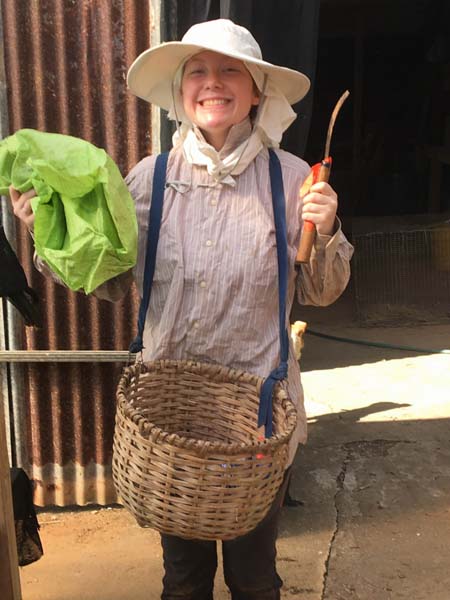 Coffee trees are very flexible. To get to the beans, you have to grab the trunk and pull it towards you. It is of high priority to avoid the snakes, ants, and snails living their life among your disturbance. 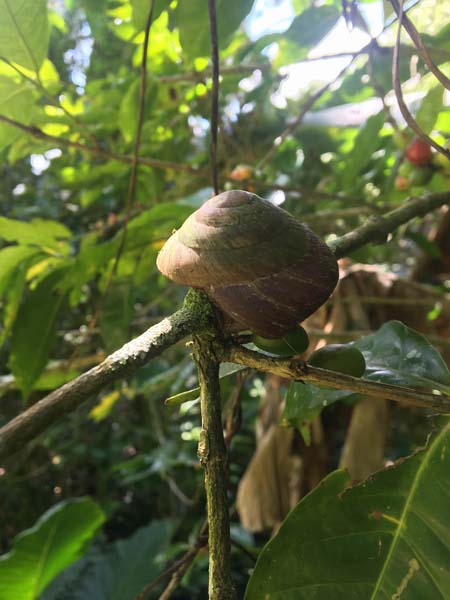 When it comes to picking beans, the redder the better. Red beans are ripe and ready to be picked. After you have gathered your beans, they go in a machine called a pulpadoria. This takes the outside skin off of the beans. 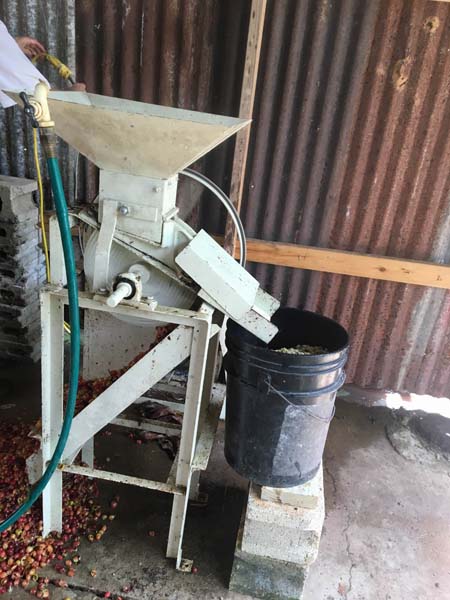 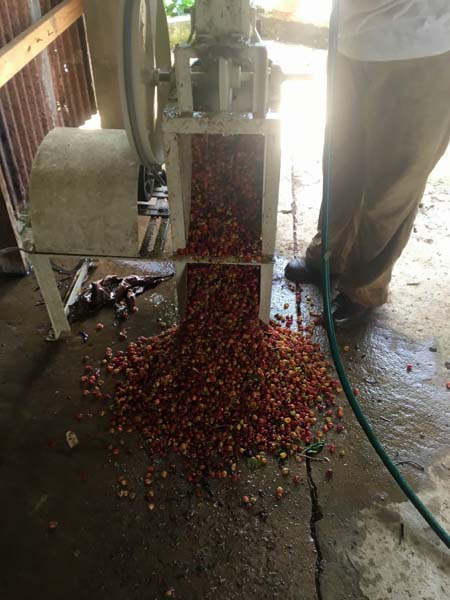 Then, you let the freshly pulped beans ferment in a bucket of water over night.

The next day you have to wash the coffee. We split the bucket of coffee up into five separate buckets, filled them with water, mixed them vigorously with our hands, and rinsed them out multiple times. Then we filled the buckets again with water and waited for the bad beans and excess shells to float to the top. After clearing out the beans that were no good, we drained all of the beans back into one bucket. Then we laid the coffee out onto a drying rack in a greenhouse where it will sit to dry for about ten days. After the coffee has dried, it is time to use the hulling machine. 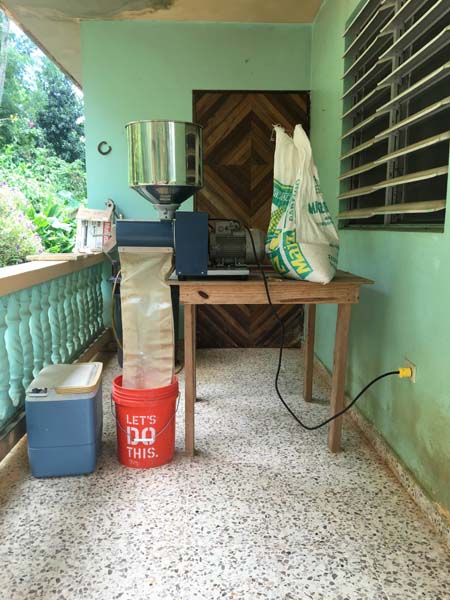 This takes off the dried husk that surrounds the bean you roast. It is time to roast the coffee. Hand roasting is a labor intensive process that requires constant attention for upwards of an hour and a half. After you put the beans into the pot, you must mix them around for a minute every thirty seconds. 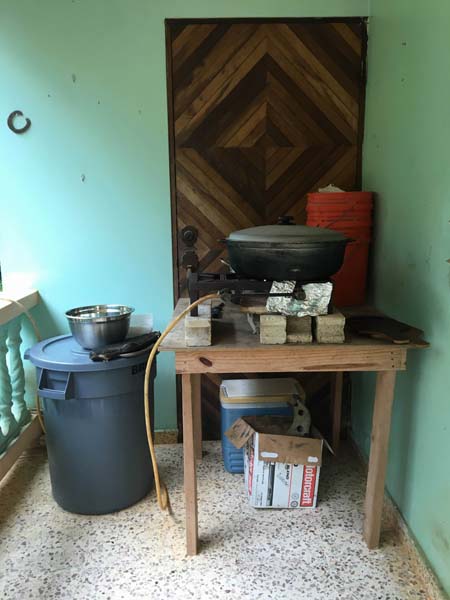 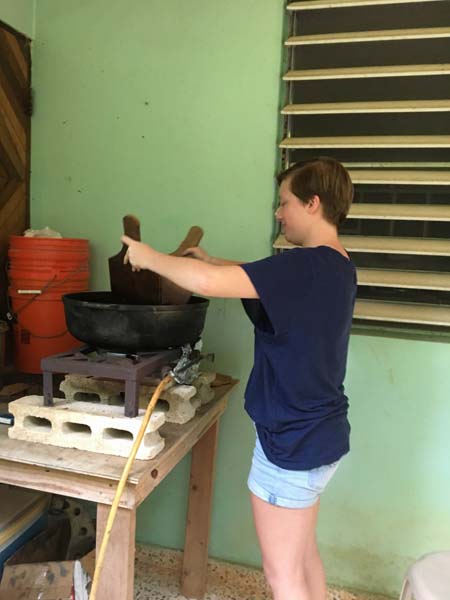 You continue this one minute mixing, thirty seconds resting, for approximately an hour and a half (depending on if you want a light roast, medium roast, or dark roast). We roasted the coffee to a medium dark roast. After roasting, the beans need to cool. Then you can grind the beans and enjoy them in your next cup of coffee! 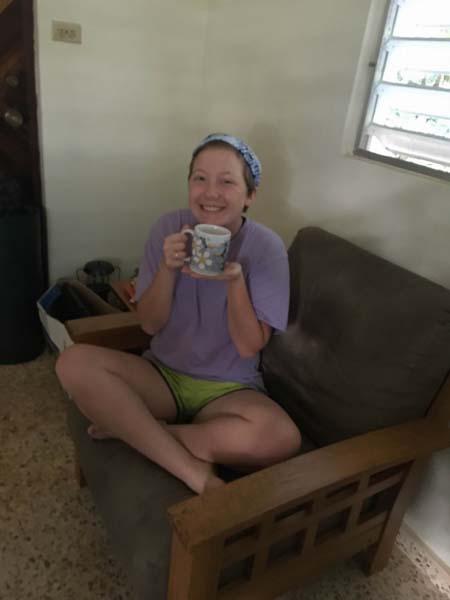 After spending days cutting vines off of coffee trees, I was so excited to start picking! Everything felt so cool, from putting on the basket, to plopping off my first coffee cherries.

The first day we went picking in a coffee field on a steep slope. I kept sliding down the mountain but thankfully didn’t drop any of my beans. The forest was pretty dense so I used the sickle to cut through vines. Eventually, I grabbed a stick to help me get my footing. The coffee that was lower to the ground was amazing. I could sit down and pick it, no problem. The coffee that I had to bend the trees to get often sent me onto the ground from where I would slip and it would snap away from my grasp.

The following days we went picking on a much flatter field! For the first hour or so, I felt like I could do it all day. It was flat, there were red beans everywhere, and I did not have to fight through vines and brush to get to the coffee.

I noticed the burning sensation around my neck all at once and couldn’t get out of my flannel fast enough. Ants had fallen from the tree onto my neck and had made a feast of my dearly beloved headstand.

I stood by during the pulping and helped clean up the slimy skins of the coffee beans. During the hulling, I likewise stood by and helped to clean the machine afterwards.

When the time came for roasting, I was so ready to do something again! I was too eager to take on the task of mixing the beans in the large pot. The propane powered flames licked the sides of the pot enough to make me jump and burn myself on three different occasions. The time seemed to drag on as my fingers ached from holding the large mixers and my face burned from standing over the pot.

Coffee processing is a gratifying process to see from start to finish. After two weeks of having absolutely no coffee, the first sip was as heartwarming as seeing your dog get excited when you come home. I have conquered my addiction and am adapting to coffee in moderation. It is strange to think that I had been drinking it aimlessly with no regard to what scrupulous work occurred in order to prepare the perfect cup.