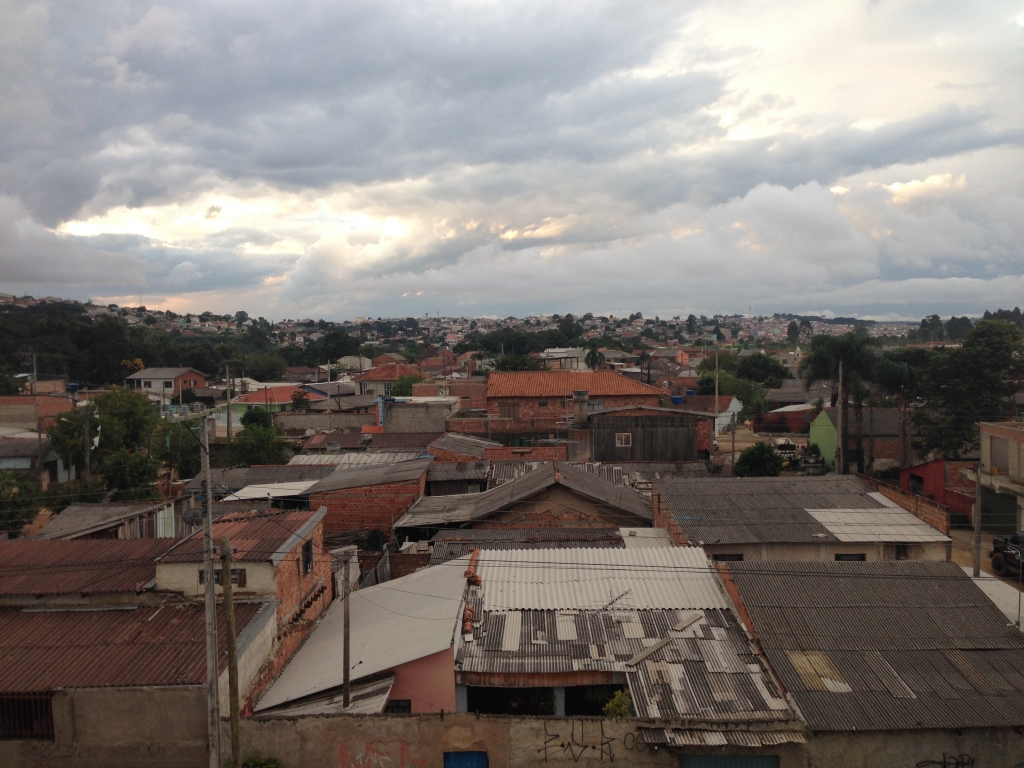 By the side of highway BR – 116, I pull open my rickety gate, careful to make as little noise as possible as not to wake my host family. As I step onto my street, the morning sun hits my face. I squint my eyes, blinded by white light. I avert my gaze to my right side, to my left side, to my right. I skirt around the casual dog dung and cast away brick in the road, hop over a puddle to the side walk, and smoothly return to the unpaved road as to avoid a broken side walk section.

After a block, I pass the boy with bleached hair whose family separates recycling with the baby brother who likes to shank the neighbors. After another block, I pass the second grocery store that has the best pão frances and the adorable pregnant woman named Francesca always working at the register. At the same time, I look across the street to see if Myara is already awake, standing on her porch, arms crossed and leaning on a wooden column. On the third block, I wave to Eduardo, the boy I can’t convince that I’m not Japanese, and his mother who sells shish kabobs at night. By the seventh block, I’ve mostly cleared the main street – seen the neighborhood boys sitting on the bikes, the older men playing pool in an already smoky bar, the women already picking green onions in their gardens, the kids in the school uniforms walking to school late, the shop owners sitting back to relax after just opening shop, the community health workers in the light blue vests biking to house visits.

Around now, I always cross the street, checking behind me several times to avoid cars. I walk through dewy grass, a sand filled soccer field, and wish I had brought with me a hat. At this point, I head toward one of the local social assistance organizations – the daycare center, afterschool program, health post, or the Reference Center of Social Assistance.

Before I moved to Vila Zumbi dos Palmares in Colombo, Brazil, I thought the community was hostile. Myara was a distraught teenage girl who couldn’t seem to sleep. The boy with the bleached hair hated recycling and having to take care of his baby brother. The dog dung was extremely potent. And the mother who sells shish kabobs could find no other work. But one of the greatest beauties of staying put for an extended period of time is discovering the rhythm of a neighborhood. I now walk at ease.